IKUFISILE OPEOLUWA popularly known as OKIKIAYANJESU is a gifted singer,songwriter, Percussionist and an educationist.
He started his musical career way back since 1999 in lagos ,where he sang in his family church, FIRST BAPTIST CHURCH ABULE-EGBA ,He has been around the altar, which brought about his first album in 2005, He sings Gospel Highlife, High Praise, and Gospel JUJU.
His songs are very inspiring ,He sings the mind of God to the world and he is highly anointed, He strongly believes that everyone is created for a purpose which needs to be discovered, he has 3 new tracks to her First album titled” MODUPE ORE, AFOBAJE and now ISE IYANU Ft OREOLUWANI PRAISE A Great Female Singer who has given a lot of support the Success Of This Song and My Ministry. God Bless You Ma.
IYANUMASHELE LAYE WA IN JESUS NAME. AMEN 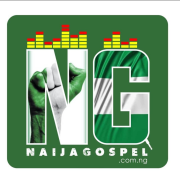 Rejoice Eweama – You are Holy

Tega & The Victorious Voices – Jehovah is Your Name

Go to the Arqam options page to set your social accounts.